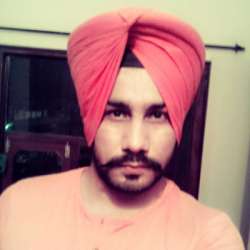 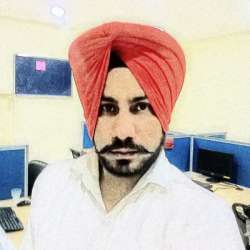 Hi! I live and work in Chandigarh, beautifull city of India. Programming is part of my life. I like how the usual standard tasks and complex when you need to look out of the situation, find solutions to key problems of unusual. I always try to explain the concept in an easy way relating it with real world examples. A skillful reverse engineer with lots of experience in this field.

I am developing web applications over 7+ years. Using HTML, jQuery, AJAX, PHP6, OOP, WordPress, CSCart, Magento, Yii, CakePHP and MySQL. I participated in the development of highly systems with large amounts of data. I also engaged in the development of parsers sites, collecting and structuring information for databases, software and storage.

I am interested to work with different people around the world to share experiences and to learn useful skills. This resource is for me-not just the possibility of earning, but also the chance to productively use my high skill.

"Jeet Gill is a very skilled professional and a brilliant leader in coordinating the tasks that have to be done. He has a good breadth of technical knowledge and keeps current and informed on new technologies. It is his presence in team that lead to success regardless of technical obstacles or tight time frames"

"Jeet is very intelligent web developer I seen ever with great PHP, MYSQL, jQuery, and good logical skills. I have completed many project under Jeet supervision. So I recommend Jeet for any type of web development. "

"Jeet was my colleague. We were employed in a same company. He is hardworking and very helpful person and having good knowledge in his field. He is a good team worker and can easily manage the things."

If you have a blog for your online business, many congratulations ! If used wisely, blogs are one of the best tools to drive traffic and increase sales. Unfortunately, many business bloggers are ...

It is possible to use the header() function to send an "Authentication Required" message to the client browser causing it to pop up a Username/Password input window. Once the user has filled in a u ...

I received many tutorial requests from clients that asked how to generate watermark image using PHP. In this post, I coded two functions such as watermark_text() and watermark_image() to generate ...

In the spirit of the optimization wave this post is about CSS optimization. There are some simple rules that you can apply. I’m pretty sure most of us have already been familiar with that lis ...

Base64 Encoding for Images in PHP

Base64 is an encoding format that represent binary data. Google new feature instant previews are in text format, here Google requesting images(screen shots) are in string format to reduce server ...

When web applications like basecamp started appearing, a lot of attention started turning to Ruby on Rails. Suddenly small groups of technically driven people could release powerful applications in ...

I have developed these based on my freelancing experience. Though I have discontinued freelancing, but would like to share my practices with you. These are basic practices and have been developed o ...

5 reasons ever developer should freelance

The answer is very simple… added cash!!! But that was not the reason that I was referring to. Though earning cash is important and I don’t discount that fact. In addition to earning c ...

Prepared Statements in PHP and MySQLi

This article is intended for readers who have experience using PHP and MySQL. You should also have a general understanding of databases and programming (both procedural and object-oriented) as well ...

Htaccess File Inside The Folder

How to use .htaccess file inside the folder. I'm using two .htaccess files in my hosting, one for labs.abc and another for touch.abc. Just take a look at this post how I had implemented. (domain: a ...

More on About CSS Optimization

As CSS files are first downloaded to the client and then executed, the main optimization is to make those files smaller. But that doesn’tmean only minifing! The Minification Process While ...

My HyperText Markup Language (HTML) skills are rusty for certain, but perhaps that qualifies me for this article. Back in the day when Friends was still on TV and AOL was sending out free coasters ...

A ZF project would not run out of the box on a fresh installation of WAMP. The purpose of this guide is to act as a checklist for the experienced, and a step by step guide for the more inexperience ...

Zend_Mail supports the use of SMTP authentication, which can be enabled be passing the 'auth' parameter to the configuration array in the Zend_Mail_Transport_Smtp constructor. The available built-i ...

Essential Skills You Need To Run An Online Business

I have always been a believer of the fact that to be successful in a business the only skills you need is spotting talent, convincing those with the talent to work with you and then managing them. ...

I published the first post on jeetGill.com on 25 Dec, 2011. Nice date to start something, isn’t it. That also makes sure that I would never forget its birthday. So, one might ask why the hel ...

Zend Framework supports modules, but in my opinion, not in a modular way. I have been trying to set up self-containing modules with their own configuration. The objective is to have an architecture ...

Send Me a Message

Importance of Turban in Sikhism

Symbol of Zeal and Courage
There are many references in the Sikh history that describe how Guru Gobind Singh personally tied beautiful dumalas (turbans) on the heads of both his elder sons Baba Ajit Singh and Baba Jujhar Singh and how he personally gave them arms, decorated them like bridegrooms, and sent them to the battlefield at Chamkaur Sahib where they both received martyrdom. When the Sikhs go to an agitation (morcha), they usually wear a safforn color turban which is a symbol of sacrifice and martyrdom. When Sant Jarnail Singh Bhindranwalle courted his arrest, he wore a safforn color turban. Beauty:
"khoob teri pagri, meethae tere bolo"
In the ancient Egyptian civilization turban was an ornamental head dress. They called it pjr from which is perhaps derived the word "pugree" commonly used in India and other Asian countries.
Kingly Turban
Sign of Sardari.
It was meant for only kings. Miniorities were not allowed to wear turban and kirpan. "och dumalra" Most Respectful
Bare head is not considered appropriate as per gurbani: "ud ud ravaa jhaate paaye, vekhe log hasae ghar jaaye"
Identity:
It provides Sikhs a unique identity. You will see only sikhs wearing turban in western countries.
If a Sikhs likes to become one with his/her Guru, he/she must look like a Guru (wear a turban). Guru Gobind Singh has said, "Khalsa mero roop hai khaas. Khalse me hau karo niwas."
Translation: Khalsa (Sikh) is a true picture of mine. I live in a Khalsa. According to the historical accounts, Guru Gobind Singh tied almost 18 inches high dumala (turban) just before he left for heavenly abode.
*WAHEGURU JI KA KHALSA WAHEGURU JI KI FATEH*

Thanks for sending me message.

There was an error sending your message.